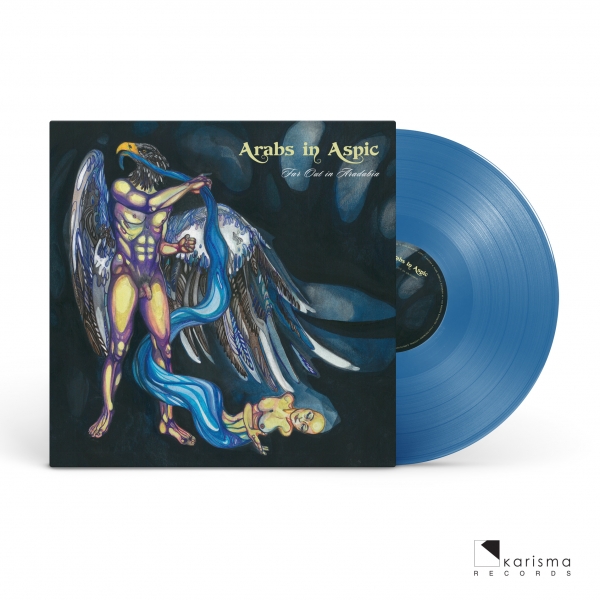 The second release from Arabs in Aspic was “Far Out in Aradabia”, which was released in 2004 on CD only. In their humble start, the band can be described as a mixture of the psychedelic space rock akin to Hawkwind and the heaviness and darkness of early Black Sabbath. However, the song writing was beginning to become bolder and more adventurous, and they even enlisted a keyboard player. The musical inspirations became broader as well, and here they really started venturing into the land of progressive rock. The last track was a studio jam where they played for 65 minutes and edited it down to 19 mintues. This was also the first album they used Julia Proszowzka to do the artwork, who they’ve worked with ever since.

The band played a lot of concerts after the album, but with some complications during the writing and recording, the band dissolved in 2006. Now, only Jostein Smeby and Eskil Nyhus are left of the original line-up, and Tommy Ingebrigtsen and Terje Nyhus has recently started The Flying Norsemen, an Arabs in Aspic tribute band.
“Far Out in Progeria” has been re-mastered by Jacob Holm-Lupo. This one has been out of print for a long time, and finally here’s a proper re-release. Enjoy!