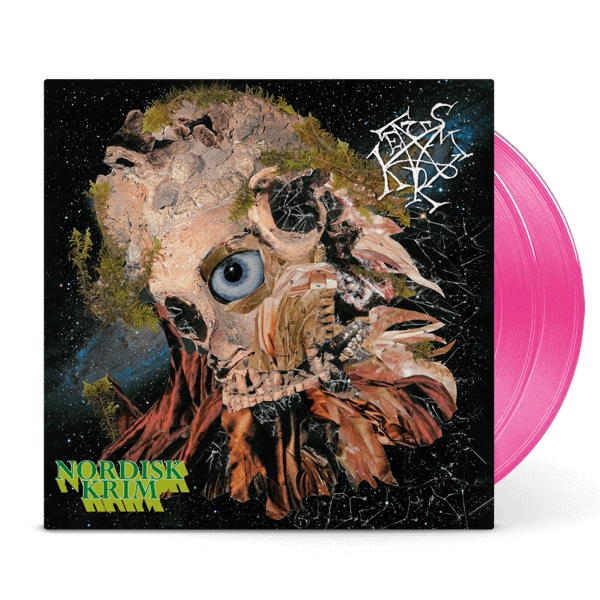 Norway’s most far out and unique prog band TUSMØRKE is back – this time with a double concept album that is beyond epic, beyond life – and above death!

On this record they realise a dream as old as the band itself; when they formed in 1994, there was a plan to record a concept album about Danish bog bodies. As children, they visited the museums of Moesgaard and Silkeborg, transfixed by the sight of the black bodies with orange hair. Shortly after, they discovered heavy metal.
“Funny how you can love a genre from the age of 7 and still never learn how to play it”, to quote the band themselves.

The title Nordisk Krim (Nordic Crime) refers to the fact that the bog bodies were first thought to be a police matter. In reality, the true crime was disturbing the gifts to the gods in their slumber. Nordisk krim celebrates the willing victims of ancient crimes, those whose bodies are in the bog but souls are among the stars in the heavens. Tusmørke never fails to teach us about the ancient forgotten history.