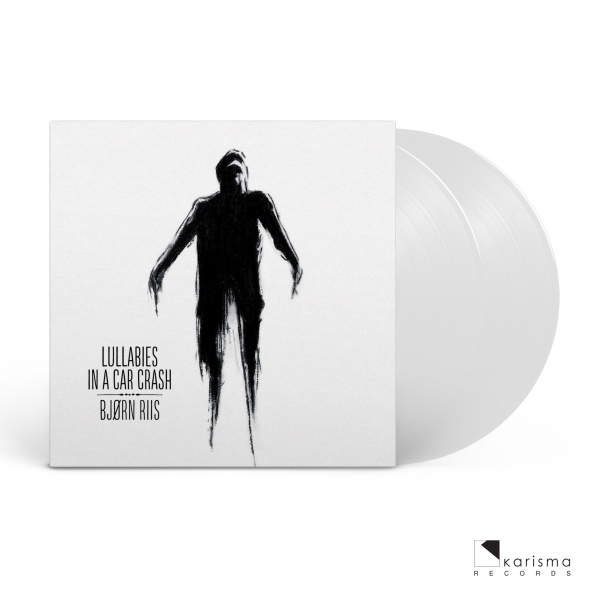 Limited vinyl reprint on white vinyl for Bjørn Riis debut solo album, "Lullabies in a Car Crash". The album was very much a personal statement, with lyrics dealing with fear of abandonment, alienation and loss. It’s also homage to many of Bjørn’s musical influences.

Bjørn is one of the founding members, the lead guitarist and main songwriter of the highly successful Norwegian band Airbag. Their releases have all received great reviews worldwide and all become favourites among fans all over the globe.

"Lullabies in a Car Crash" feature six songs with a coherent and thematical composition. Bjørn’s soulful guitar playing and low-key vocals creates a rich listening experience. Although Bjørn as a guitarist have developed his own sound with a unique tone and his own technique over the years, the playing and tone are reminiscent of David Gilmour, Steven Rothery and Steven Wilson. As a singer, this is the first time he takes the lead, normally doing the backing vocals in Airbag.

In addition to playing with Airbag, Bjørn is a highly respected guitarist within the guitar community, where he has a huge fan base. His guitar page “Gilmourish.com” has more than 40 million hits in total and an average of 150000 hits every week.

"Lullabies in a Car Crash" feature Airbag’s Henrik Fossum on drums and Asle Tostrup providing loops and effects. Long-time Airbag collaborator Vegard Sleipnes has co-produced the album together with Bjørn. The album is mastered by Jamie Gomez (Orgone Studio).