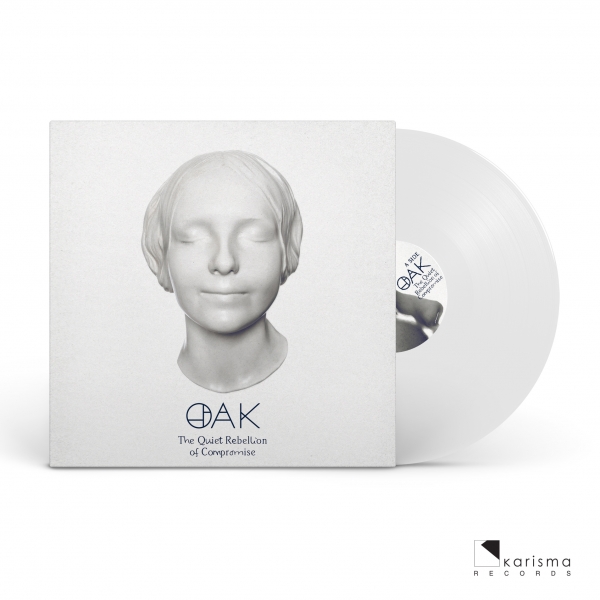 Please be aware that this is a pre-order item. Expected to ship on or around November 11, 2022 *

Oak is a Norwegian progressive pop/rock band that originally emerged from a folk-rock duo. The four members have a diverse background spanning from classical piano to electronica, prog- and hard-rock, with references to the alternative scene as well as progressive rock – something that has combined to make a distinguished and unique sound

Musically, The Quiet Rebellion of Compromise is the most dynamic Oak album so far, with a wide range of influences showing through. We’re still in very familiar Oak territory, but with some sharper edges and some surprising twists and turns. After their previous album False Memory Archive, the band set out to write some shorter songs for a change – and ended up with their longest songs yet. As on their other albums, there are subtle hints to both past and future songs in the Oak universe.

For this album, the band decided to write about an important and touchy subject – Suicide and psychic health in general. Music as an art form can be very open for interpretation, so to be sure that the message comes across, they’ve asked for advice from experienced scholars on the subject. The font used on the album cover is partially made of handwriting from two real suicide notes, to underline the concept.

The band has a wide source of inspiration – Everything from classical music and impressionism to movie soundtracks and prog-rock.
No wonder Oak really doesn't sound like anything else.

The album was recorded in Ljugekroken, mixed in Ghostward Studio by David Castillo (Katatonia, Leprous, Opeth, etc.), and mastered by Tony Lindgren in Fascination Street Studio.