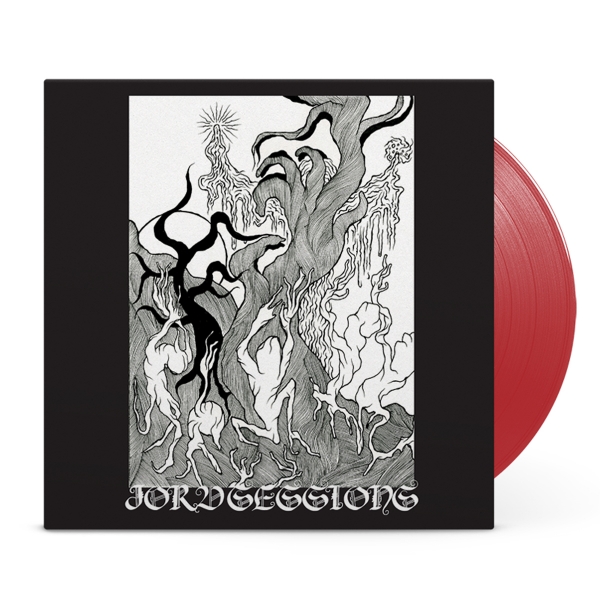 Jordsjø is a duo from Oslo, Norway inspired by old horror movies, German 70s synth music, Swedish prog, fantasy novels and Norwegian nature. After three cassette demos, the album “Jord” was what the band considers to be their first “proper” album. Up until that point, the band only sold homemade tapes to friends and a few die-hard collectors - but Jord got a bigger audience, also outside Norway. The band has never been happy about the mix, done quickly with the intent of only a tape release – so they decided to give it a fresh mix from scratch, and include the other songs recorded at the same weekend in the Summer of 2016. Therefore, the «Jord Sessions». There’s a new organ track on «Abstraksjoner..» and some bells and percussion on «Valinors Lamper», otherwise, all tracks remain as the original.

There’s an underlying theme of alienation, roots and dreams on Jord Sessions – with an organic and dynamic sound which gives associations to 70s prog, with traces of electronic music and folk. Plenty of flute, guitars and a vast array of vintage synths give the album a warm and vintage sound, while still sounding fresh and interesting.