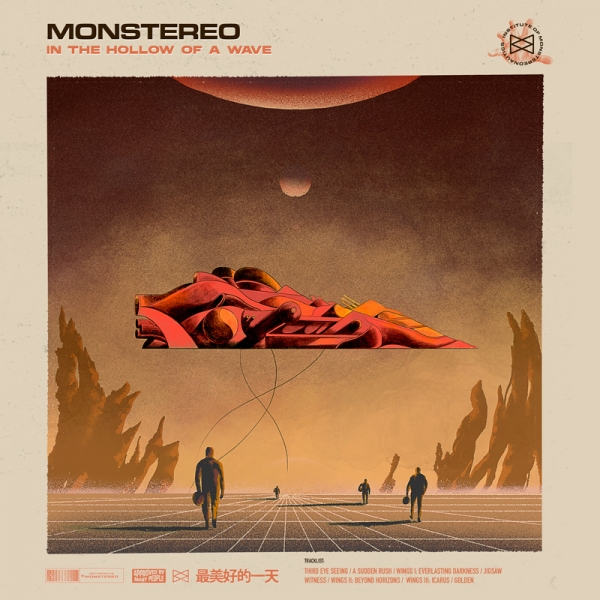 Monstereo serves catchy melodies and energetic rock songs rooted in 70s rock and psychedelia, and the four-piece has served jam packed space rock for over a decade.

With this album Monstereo demonstrates their richest and broadest sound yet, with more keyboards, synths, and a variety of guitars, offering, according to the band, "teeth-grinding riffs, big choruses and rock-solid grooves". The tracks on "In the Hollow of a Wave" represents the best of two worlds. Catchy melodies, heavy riffs and a big sound, combined with exploratory instrumental sections that build towards a euphoric climax.

Rooted in 70's Rock and Psychedelia, the band's 2013 debut full-length "Spacesuits, On" brought Monstereo's Space Rock, with its jam-sections and exploratory feel to a wider audience. The 2014 follow up "Bright Dark" saw the band forming its musical identity, with distinctive guitar riffs and vocal melodies being given more prominence. Now, in 2021, "In the Hollow of a Wave" consolidates the bands musical expression with an all-out rock'n’roll banger.